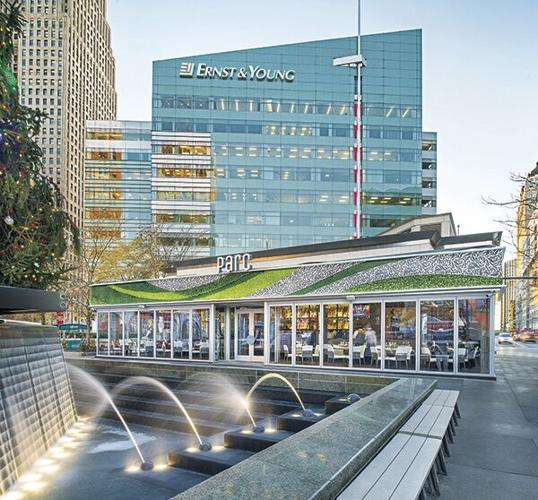 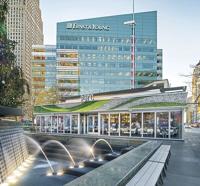 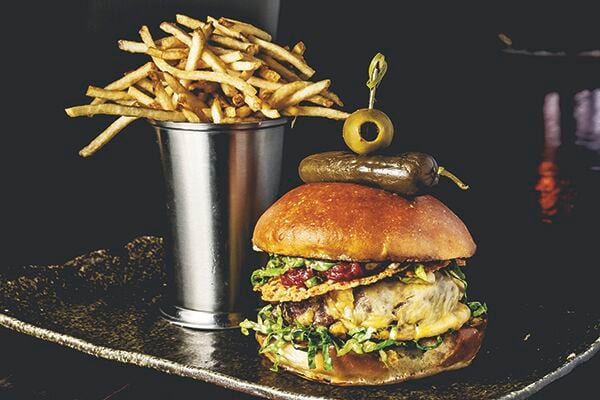 The Parc Burger is for those who enjoy some extra frills 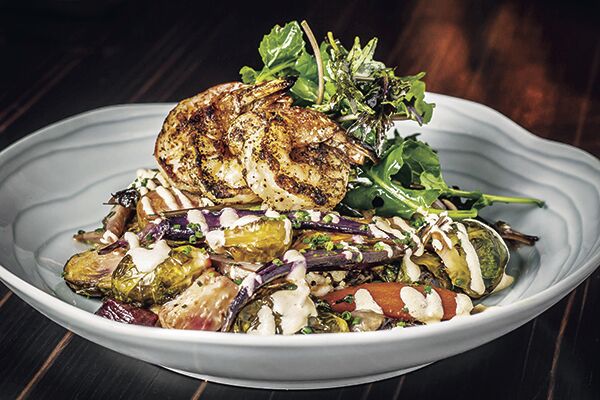 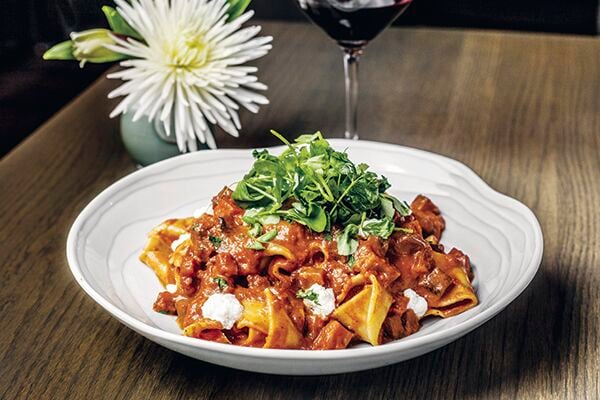 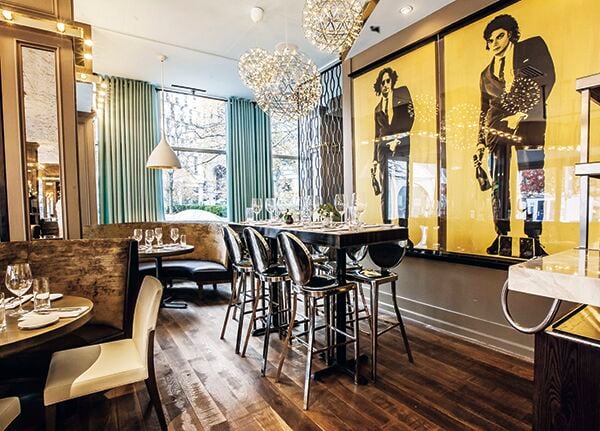 Icons like John Lennon and Michael Jackson adorn the walls 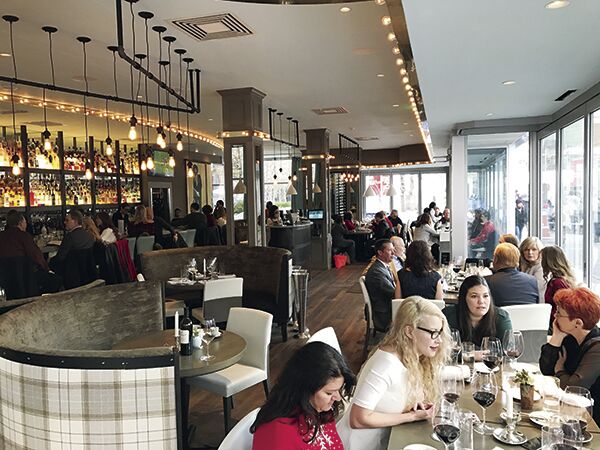 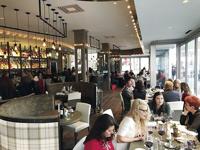 The interior is chic, minimalistic and modern

Opened last November and serving lunch as of mid-January, Parc has joined the fray of hip, upscale and sophisticated restaurants to hit Detroit’s fast-growing food scene.

Located in Campus Martius Park and offering 270-degree views of Downtown, it’s certainly a desirable destination. The name is a nod to the city’s French roots. The fare is meant to evoke memories of Executive Chef Jordan Hoffman’s Midwest upbringing while the intended atmosphere is “relaxed yet refined.”

The restaurant’s motto, “Detroit starts here,” speaks to its prime location at the city’s “Point of Origin,” as designated by Judge Augustus B. Woodward when he laid out the plans for its streets after the fire of 1805.

The space is bright, chic, minimalistic and modern. A seafoam green motif runs from the menus and plates to the barstools and ceiling. It coordinates quite nicely with the darkly stained hardwood floor and woodgrain tabletops.

The servers all wear ties screen-printed by CyberOptix Tie Lab in Eastern Market as well as custom belts from Detroit Cargo, hand-sewn and stamped in Ferndale. Meanwhile, the kitchen staff don exclusive aprons made with locally produced canvas and hardware by Detroit Sewn. Each table is adorned with a small seafoam green hand-thrown vase made by a local artist, and a custom scent whipped up by Sfumato Fragrances in Corktown delights diners’ sense of smell.

With all this Motown minutia, I did find one glaring exception: The three large Warhol-style Knowledge Bennett prints of music icons Elvis Presley, Jimi Hendrix and John Lennon felt wildly out of place. Given the city’s rich musical legacy, it struck me as odd, if not amiss, that a business boasting “Detroit Starts Here” would plaster three non-affiliated artists prominently on its walls and only one photo of a Motown artist, Michael Jackson.

Despite this life-size oversight, I enjoyed my table’s view of Woodward Fountain through the floor-to-ceiling NanaWalls, which will enable an open-air dining experience come spring.

Hoffman’s menu is approachable, cleverly infused with local elements and presented impeccably. For instance, the Charred Burrata Cheese appetizer ($15) is lit on fire saganaki-style at the table in a cast-iron skillet atop a wood board. I also enjoyed the Short Rib Crispy Taco starter ($11) that managed to perfectly blend buttery, braised ribs with cold, creamy horseradish ricotta and a crunchy wonton shell, all in two delicate bites each.

Squash is the undeniable star of the Butter Lettuce Salad ($12), while the Kale and Arugula Caesar ($11) was just the right amount of tart, with a hint of spice. Colorful, crisp and refreshing, Parc’s Chop Salad ($11) contains pickled cauliflower, Calabrian chile and almonds for a unique flair.

The Wild Boar Bolognese ($18), braised for at least five hours in milk, was rich and tender with rigatoni noodles made in-house. The Parc Burger ($15), which includes Vermont cheddar baked to a crisp, Tomato Shallot Jam and Double-Secret Probation Sauce accompanying the 1-inch custom-ground patty, is not for those who enjoy their ground round sans frills. While I appreciate its appeal, I felt it could use some simplifying.

Should you visit, definitely save room for dessert — I was absolutely blown away by Pastry Chef Tori Parnell’s incredible confections.

From Tuna Tartare and scallop appetizers to its Reserve Steak dinners, there was nothing on Parc’s menu I didn’t want to try.

I was impressed with the extreme attention to detail of Parc’s team. I expect to make many future visits. NS